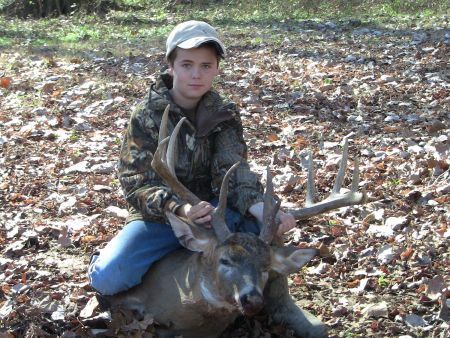 Will is the son of Terry Foreman. If you see Will, tell him congrats on a job well done.

Thanks Will for sharing with the MS Sportsman family. 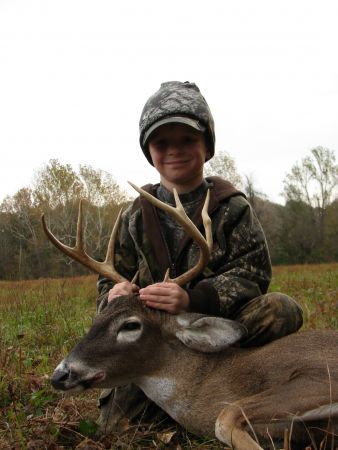 It was November 14th, opening day of youth weekend, I was hunting with my 8 year old son Grant, we were hunting a 100 acre tract, in Panola, Co., Mississippi . Right at daylight, this 8 point came out at 250 yards, and he told me he wanted to try and shoot it. Well, he shot and missed but the deer stood there. After a few minutes, it walked off. He also missed a doe about 45 minutes later. A week went by and he wanted to go back to the same stand on opening weekend of gun season.

So, on November 21st, we arrived back at the stand before daylight. Right at shooting light, I looked over to the right and there he was, back again, with 2 spikes. I kept picking at him telling him I was going to shoot it and he begged to take the shot. With the deer walking from right to left at about 165 yards, he squeezed the trigger. The deer hunched up and rain into the woods. I heard him crash but I proceeded to make him sweat it out a little, that he may have missed. We sat in the stand for about another hour before I would go look for the deer. In the meantime, the guy on the property to the left was just coming in and the guy on the right was coming in also. Just goes to show, the early bird got the deer. I asked him to wait in the stand while I went to check for the deer, he reluctantly did it. I found the deer inside the woods, a mere 40 yards in. I drug the deer to the edge of the field and held his head towards the stand and I could see the smile 175 yards away. I am not sure he stepped on a single step coming down the ladder stand and a walk that seemed to take awhile for me to come across the field only took him seconds. After several phone calls to mom and grandparents, it was time to show off the biggest buck of the day to the other members.

This is definitely a day that a father and son will never forget.

Awesome job Grant. I know your father is very proud of you. 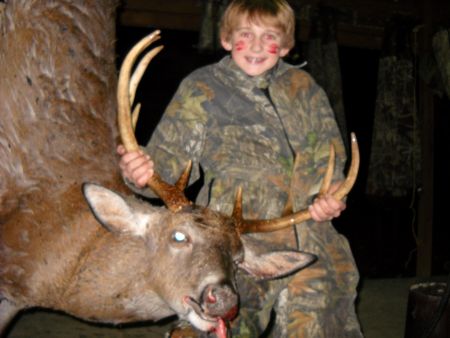 If you see John pat him on the back and say congrats! 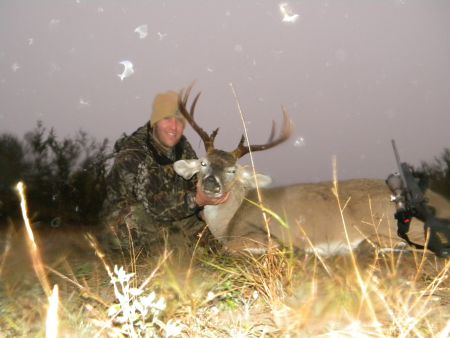 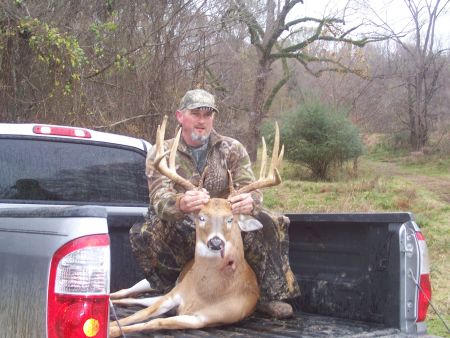 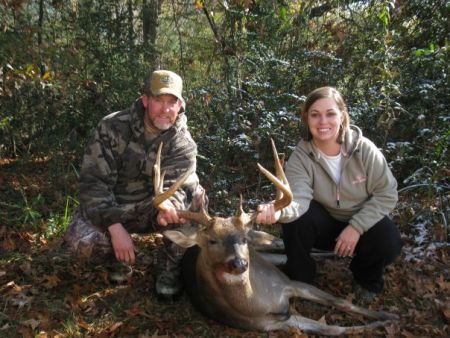 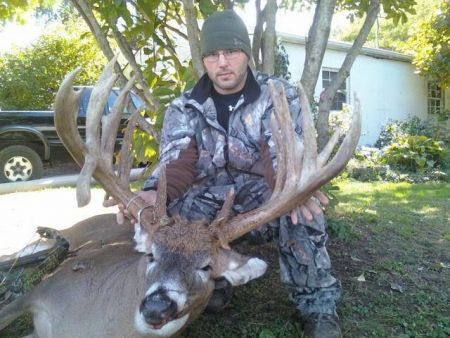 I don't want to see this picture floating around with some story about how this deer was killed in Magee, MS..Ohio deer.. 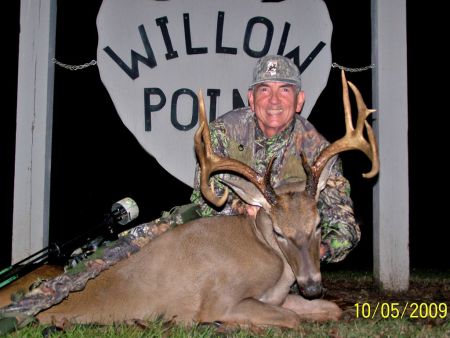 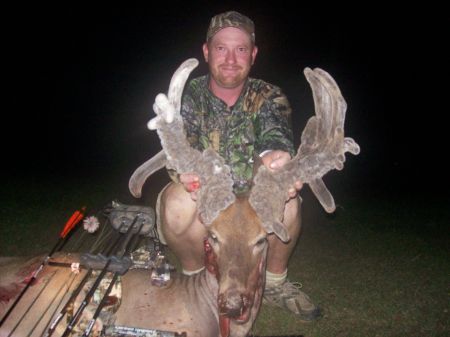 Thad Greer with the Cactus Buck he killed earlier this year.. The buck scored 178 and some change. 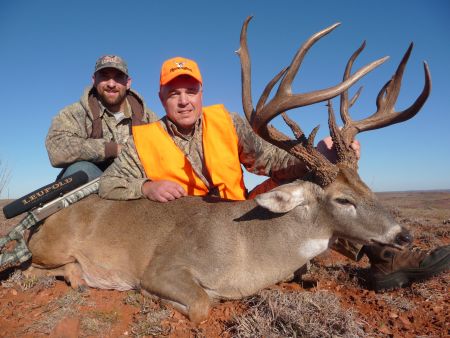 Rusty McDaniels with Mossy Oak Productions videoed this huge buck yesterday evening getting killed with a muzzle loader. The bucks gross score was 194 5/8'.

Schedule a 30-minute session for the TechnoHunt for $10.00 and 100% of the money raised from our archery range this day will go to the Central Mississippi Steel Magnolias Affiliate of Susan G. Komen For The Cure.
For a $5 donation you will be able to shoot at the bags as well as shoot a balloon for discounts and prizes. There will also be a Pink .22LR Cricket raffled off on Saturday October 24, 2009. Tickets are $5 per entry
Call ahead and schedule your chance to
Shoot For A Cure 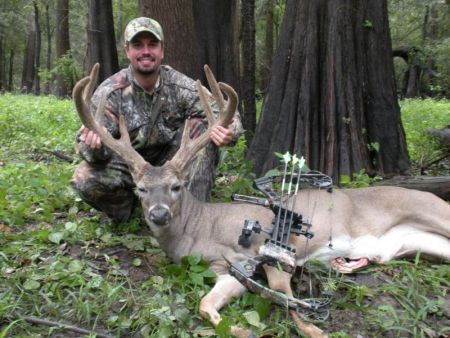 Brian Burkley of Brandon, MS took this fine buck on opening day in Adams county. The deer scored 161 and some change. 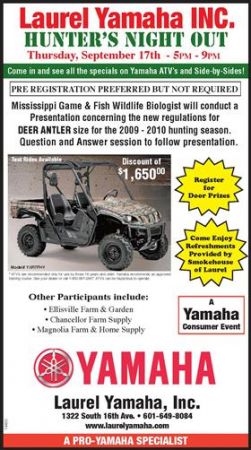 Laurel Yamaha presents Hunters Night Out at the Laurely store from 5-9pm on Sept 17th. Wildlife Fisheries & Parks will have folks there explaining the new regulations...So what you waiting for.. Mark it on your calendar and we'll see you there as MS Sportsman will also be present. 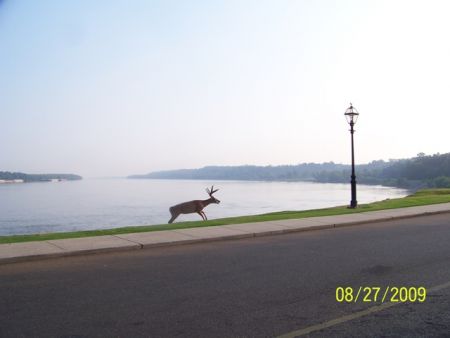 Does anyone know what he was doing at the boat last week early one morning??.. The date on the shot was 8-27.

Maybe he needed to get away from the family and go gamble and drink one night that tunred into the early morning. Do you think he was in trouble when he got home? 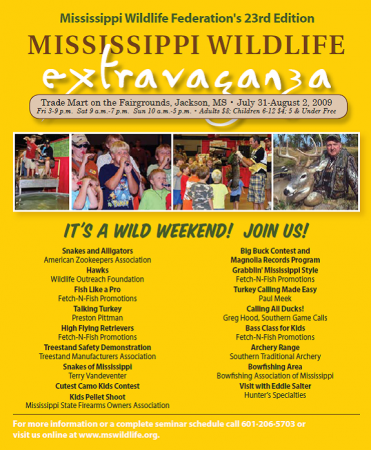 MS Wildlife Extravaganza July 31st-August 2nd at the MS Trade Mart in Jackson. You do not want to miss this event!!!!! 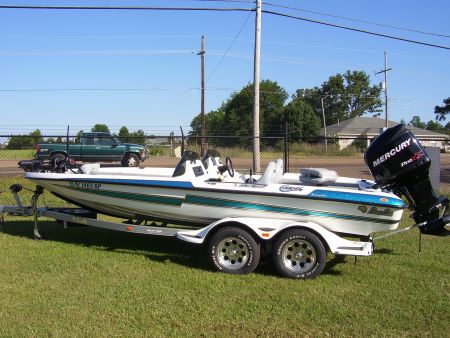 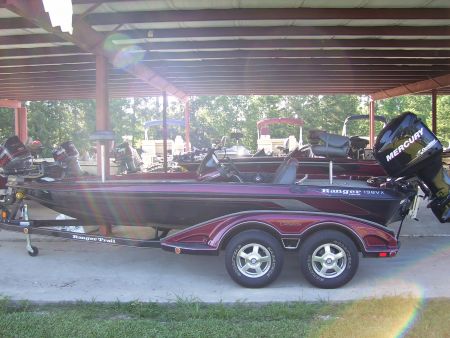 Pickwick has had an unbelievable spring as far as numbers and size of the bass are concerned. Things are not slowing down for the summer at all. In two tournaments recently it took over 27lbs to win. There was an 11.5lb Largemouth caught last weekend in the Mt.Dew tournament. Fish are very healthy and hungry. We have still been catching some good fish shallow in the mornings but more and more are making their way to deeper waters. I caught some good fish recently around 32 deep. Carolina rigged plastics like the Game Hawg and lizards will do the trick try. Texas rigged plastics (big worms, lizards, and creature baits) and big deep running crank baits (shad patterns, use bright colors early) will all produce. Fish seem to be schooled up by size. Look for shad on your depth finder and the bass wont be far away. We havent been seeing many Smallmouths come in, but thats typical of this time of year. Water temps are in the high 70s to mid 80s. The lake has some color on the east end (~2-3ft vis) and is clearer on the lower or Pickwick dam end. Word of caution: the fish are really strong and rowdy right now. Be sure and check all your equipment, make sure your drag is set properly and have fresh line spooled on your reel. Other wise its a heartbreak waiting to happen. 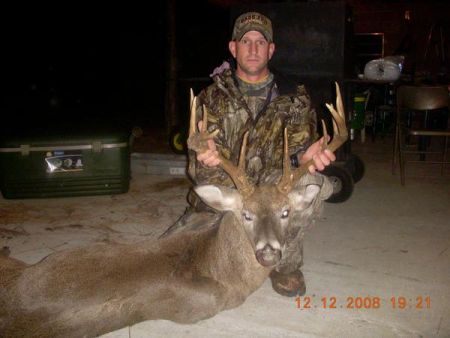 Jason McKenzie killed this fine buck on December 13, 2008 in Marion County Mississippi. The deer was killed with a 444 Marlin. The Taxidermist that mounted the Buck scored the deer at 133 3/8. Nice buck!! 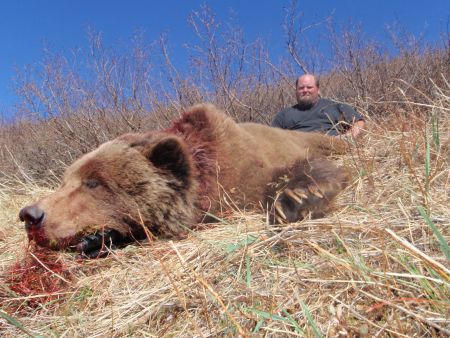 Jason Young of Monroe, LA took this beast. The official outfitter is John's Alaska Adventures and the guide who Jason hunted with is is Erik Salitan. Jason hunted in unit 16 in western Alaska. The hunt was a ten day hunt from may 15th-25th. He killed the bear on the 16th with a model 76 Traveler Dakota 330 with a Swarovski scope. Its a take down rifle. The shot was at 355 yds in a 20 knot cross wind. That is an extremely long shot for a bear. Jason shot him with a 225 grain swift a frame bullet. When we first saw the bear we were 2 miles away. By the time we caught him we had made a ten mile stalk. We waited 2 hrs for him 2 come back out and Erik ranged him with my Zeiss binocular's with built in range finder. He determined my hold over would be 14 inches with a 12 hold to the right for the wind drift. The first shot went through both shoulders and it broke him down and it took 6 follow up shots 2 finish him. We flew into camp in a Super Cub and camped in a 2 man tent on top of a mountain. The name if the tent is a Bombshelter and it withstood 45 mile an hour winds the first night. The closest town is Iliamna Alaska. Holliday air service flew Jason in and picked up. Thanks Jason What a great bear.

Sippi has not filled this section yet.