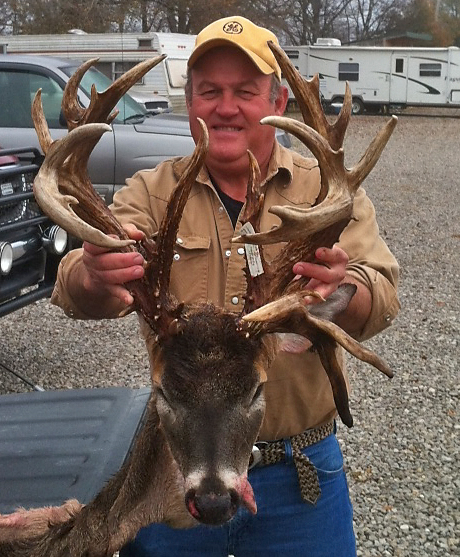 a state record buck was killed just across the border in louisiana this weekend. this guy killedit bow hunting tensas nwr!

This is absolutely the BEST taxidermy commercial that will ever be produced!

I came across this video of silver carp in Indiana. i hear the fish are moving donw the mississippi River, so we might have them in our waters soon.

so i'm curious. What do you do after the deer season ends?

What is the best shot for turkeys? It's been awhile since i've chased turkeys, and want to get the right shells.

Has anybody been out on Calling Panther? Thinking about heading out there but don't know if all the cold weather has the bite shut down. 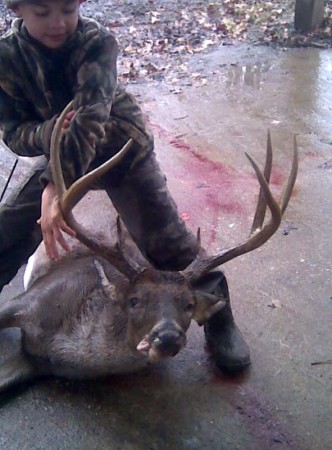 Drew's big buck
Drew Hackney killed this 140-inch 9-point in Washington County in January. The boy is only 10, and already spoiled to death. LOL Congratulations, Drew, on a fine deer.

too bad the browtines didn't grow but still a great buck! so high!

February 01, 2012 at 12:43pm
A comment titled: wow in response to a report titled: Daughter Hannah Kills her first deer.

January 11, 2012 at 2:50pm
A comment titled: very nice in response to a report titled: My biggest bow kill yet

man, that's a great bow kill! what broadhead do you use?

now that's very cool! i agree brownegg that its the thing to do!

Here's a story that gives a rundown of the rules: http://www.ms-sportsman.com/details.php?id=977

holy cow! that is a real stud!

September 03, 2011 at 10:26pm
A comment titled: wow in response to a report titled: redfish phenomenon

fished the coast for years and never seen anythinng like it. awesome!

that rack looks like a sky scraper! what a brute. be sure and post pictures when you nail it!

btw, welcome to the site. look forward to sharing stories and photos with you

August 31, 2011 at 5:04pm
A comment titled: sweet vid in response to a report titled: dolphins eating a nice flounder

i'd hate to be that flounder! that is so cool, jason!

have you seen this deer on your cameras this year?

holy cow, bud, you guys are KILLERS! so how does that trap work? is it a cage type of deal?

i don't know, ben but how much to small are you talking? was it just a quarter inch or WAY too small?

i would think there would be some slack given to a hunter who just missed the cutoff, but like is said I don't know.

looks like he should be a nice one, thrower!

About Shoot Em Up

Shoot Em Up has not filled this section yet.