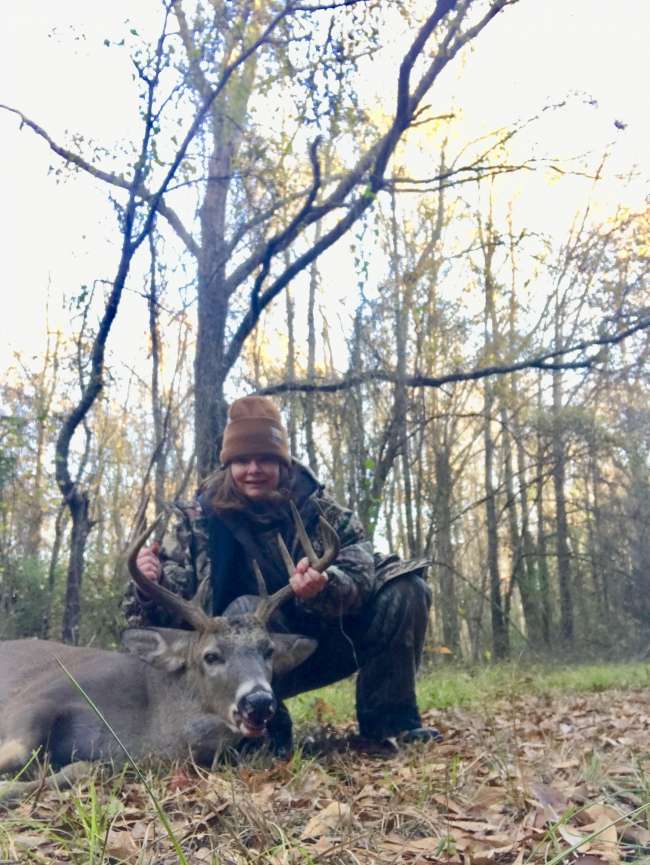 This buck was killed on 12/10/2017 on leased land in Lowndes County MS. Gun used was a Remington 243 bolt action rifle. It was the first cold morning of this winter year and the first buck seen in daylight hours. Was caught on camera only the day before. He weighed 230 pounds and unofficially scored 135. I began deer hunting four years ago and have been dreaming of getting that first big buck. He trotted on and off the lane four times before I could get a good shot. It was a perfect shot with an instant drop. He was a âDream Come Trueâ.

TeresaSims has not filled this section yet.