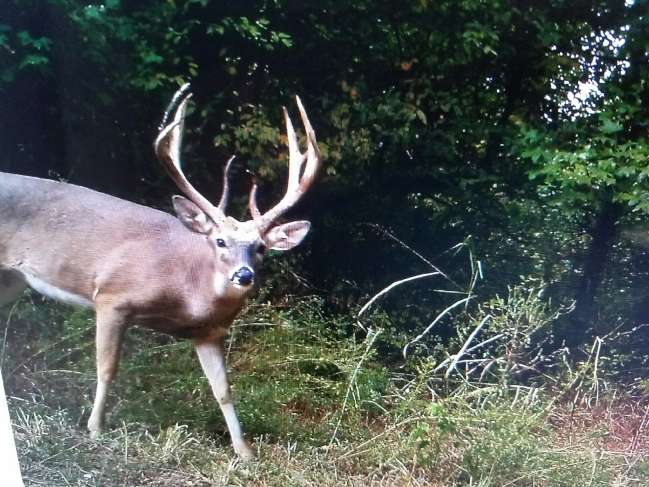 I planted my food plots and started seeing him regularly in August this year. By bow season, my neighbor and eveyone else had started hunting this buck. I got lucky on November 22, 2016 when he stepped out into my backyard food plot at 5pm pushing does out of field. At first I wasn&#039;t sure that it was him. He stopped to feed right in front of my stand, behind some kudzu. Finally I recognized his distinct kicker and shot him in the neck at 10 yards with my 270. He dropped in his tracks and the celebrating began!

What a great Thanksgiving gift!

andyoz5979 has not filled this section yet.