Three Years in the Making!

Three Years in the Making! 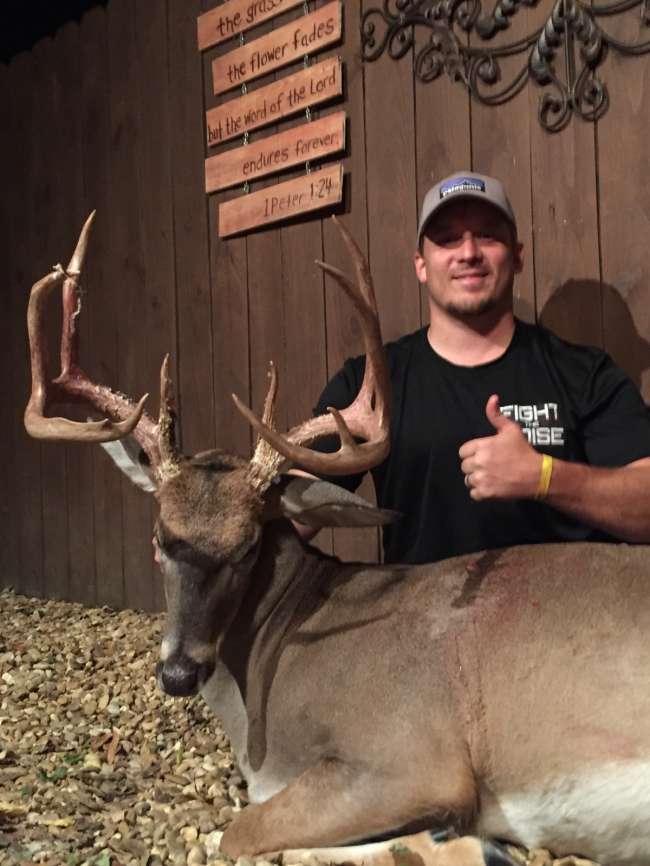 This was a deer that my son had named El Toro three years ago. He was by far the hardest whitetail I?ve had the opportunity to chase. He was almost exclusively nocturnal. My eight year old son wanted a shot at this deer for his first deer, so I had made a deal not to shoot at him. Around 6:45 p.m., a mature 8 point came into the food plot at 25 yards, and I shot directly over his back. As I saw the arrow fly over his back, I thought the hunt was over. But, no harm was done. Often times, when I shoot a deer or miss one, I will stay in the stand, because it seems that when the conditions are right, another deer is soon to walk in. In this case, I reasoned against going and looking for my arrow, and decided to sit until dark. About 5 minutes after my missed opportunity, I looked out of the pocket window of the ground blind and saw this buck standing at 25 yards. It was dusk, and though I could see a mature deer and the outline of a heavy-set rack, I had no idea it was El Toro. I nervously got another arrow nocked, and got my facemask back on. I arrowed him at 22 yards walking. Because it was a high shot, with no exit, there was no blood found. A friend found him in the cutover about 75 yards away. The broadhead was about to penetrate the other side, so the broadhead worked a number on him as he ran.

Hayes has forgiven me, but he says that I have to find another good buck for him to shoot. (ha)

bcarver99 has not filled this section yet.