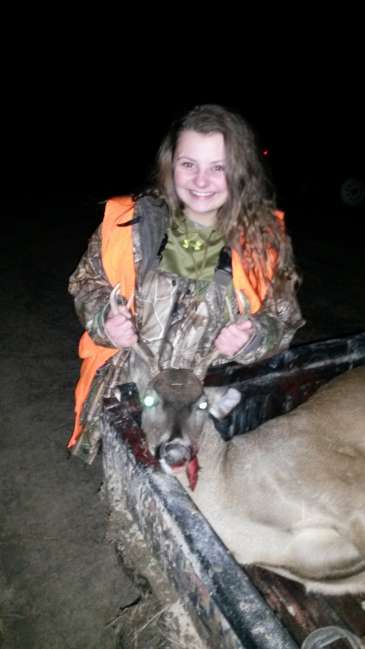 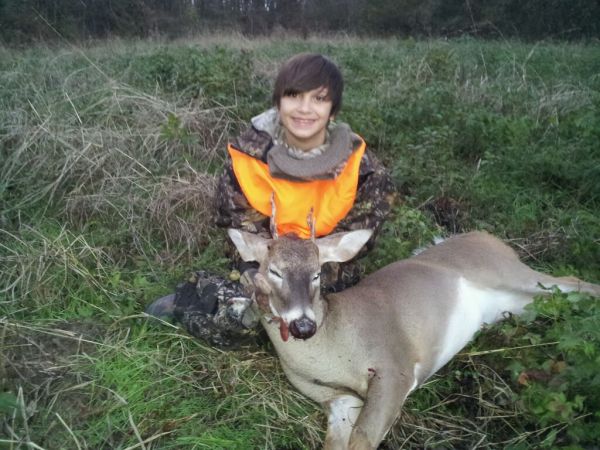 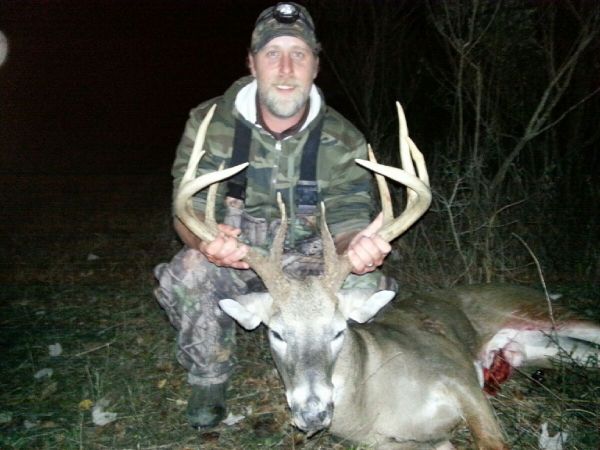 My name is Dave Harrell and for the last ten years I have been applying for the draw muzzleloader or gun hunts at Panther Swamp NWR. I normaly pick one of the two muzzleload hunts but this year I talked a friend of mine Eric Pennington into going on the bid with me. He has never been to Panther. Also a mutual friend of ours Buster Smith, he had went with me 6 years ago and harvested his first buck, a 4pt that weighed close to 200 lbs. My good friend Trey Trotter was also in with us but he wad not able to get off work and go. The hunt was 11/23, 11/24, 11/25. We could not hunt the first day because Eric's daughter's birthday party was on that day so we decided to just hunt Sun11/24 and Mon 11/25. I was drawn the year befor and hunted on the edge of a CRP field and shot a nice buck but was not able to find it, the blood trailer ran out in a palmeto thicket, I was sick about not finding that buck. Thats where I decided to hunt this year. We all hunted about 150 yards apary on the edge of the CRP. That morning it was cold, and wind gust of 30 mph. No luck on the early hunt so we came out around 10:00 and went back to the truck to have lunch. The area we were hunting had alot of deer signs, trails but no rubs or scrapes. Well our climbers were already in trees so we got back into the woods around 1:00. The temp was still cold and windy. Anyone who hunts inthe Delta knows what I mean when I say windy. I hadn't seen anything until 3:30 when I noticed something 40yards infront of me coming out of the CRP into the big woods. All i could see were antlers and tey were big!! It all happened so fast I pulled up my gun got him in the scope and when he stepped into the open it looked like he was going to step into a thicket and I shot. I heard him crashing thru the brush and I thought maybe I missed. Then it hit me at what just happened. Buck feever was taking over. I called Eric who was behind me 150 yards and told him that I may have just shot the biggest buck of my life. The excitment was more than I coulcould handle I only waited 5 min and got down to check for blood. There it wad blood, my heart was pounding as Itrailed it only 20 yards. There he was in front of me what an awsome deer. 11pts split browtine and the mass. I couldnt have got this deer out without my good friends Eric and Buster. The buck weighed 260 lbs and ha a gross score of 154 7/8 I was just in the right spot at the right tme

Anthony Dave Harrell has not filled this section yet.