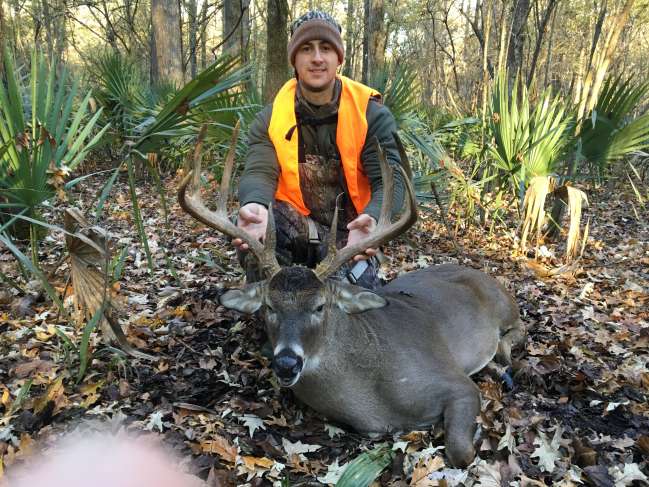 After missing a buck of the same caliber or slightly larger just two weeks prior, I was anxious to get back in the woods to chase the deer that gave me some sleepless nights. My dad and I were lucky enough to draw out and get back in the woods the second weekend of December, and we made it happen. This buck showed his face the second morning of the hunt and although he wasn't the buck I had missed before, I was ecstatic to harvest this public land stud. I grossed him at 157, but intend to have him officially scored after the 60 day drying period.

OUTDOORADDICT22 has not filled this section yet.