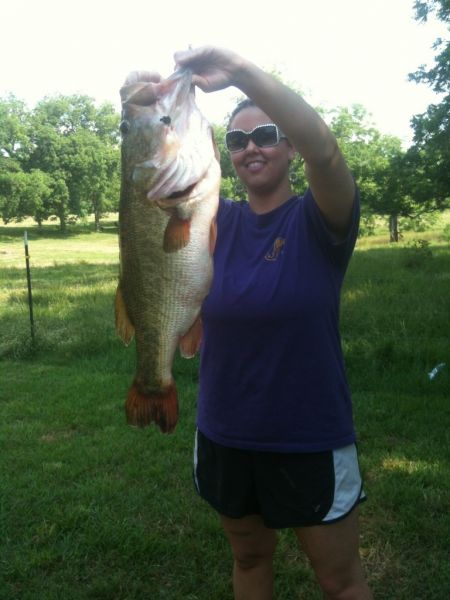 Ashley Nettles of Woodville,MS caught a 11.13 pound bass May 7,2012. My late Grand father was a avid fisherman and also built the family owned pond that the fish was caught in. First cast of the day & the fight was on! I knew it was a good fish when i started to reel & she was taking off with my line, not like any other fish I had ever reeled. My husband & I both saw the large opened mouth surface the top of the water at the same time. With no hesitation my husband, Brandon, jumped in the water & proceeded to pull the fishing line as I reeled quickly as possible. We were both in disbelief when I safely had her out of the water. I immediately held her up and said ' I know my Grandfather is smiling down from heaven right now!' It was one of the greatest experiences that could ever be imagined while fishing for that once in a lifetime fish!

Ashleynettles has not filled this section yet.