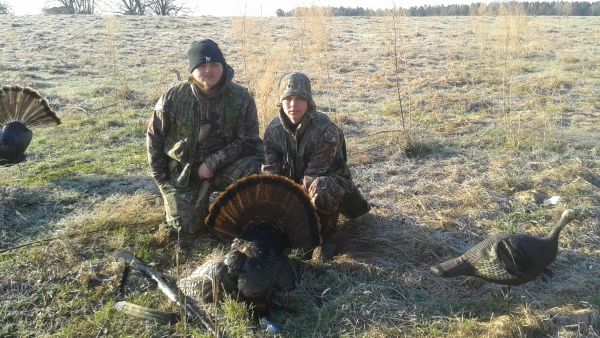 This hunt was with my oldest son with video camera and youngest son shooting. As you can see his gun snapped but he kept his cool and took care of business.
https://www.youtube.com/watch?v=j6xjxeLDE9o

I am looking for a place to hunt in Florida that will not break the pocket book. Any suggestions? 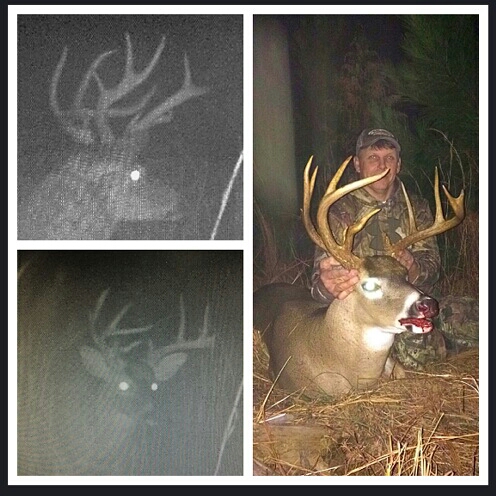 LEAKE COUNTY 15 POINT DOUBLE BEAM BUCK TAKEN BY RICKY GRUNDY ON DECEMBER 18. I HUNTED THIS BUCK IN A CUTOVER FOR THREE MORNINGS AND DID NOT SEE OR HERE A DEER SO I DECIDED TO TRY ONE AFTERNOON ON DECEMBER 16 AND I COULD HEAR DEER MOVING THROUGH THE CUTOVER BUT ONLY COULD CATCH GLANCES OF ANTLERS MOVING IN THE SAGE BETWEEN THE 10 FEET TALL PINE TREES. ON DECEMBER 17 I WENT AT LUNCH TIME AND BUSHHOGGED ME SOME LANES BETWEEN THE PINES AND I WAS HOPEING I DIDN'T SCARE THE DEER OUT OF THERE. ON DECEMBER 18 I GOT OFF WORK AT 3:45 AND I WAS IN MY STAND AT 4:00. I STARTED GRUNTING ABOUT EVERY 15 MINUTES AND ABOUT 5:10 I SAW A BUCK WITH 4 POINTS ON ONE SIDE AND AFTER WATCHING HIM FOR ABOUT 10 MINUTES THROUGH MY SCOPE I NOTICED THE HAIR ON HIS BACK BRISTLE UP AND AS HE WALKED OUT OF MY SCOPE THIS BUCK WALKED INTO IT. THIS BUCK WAS SEEN BY SEVERAL PEOPLE ON GAME CAMERAS AND ALSO IN A CORNFIELD BESIDE A PAVED ROAD. MY PASTOR CALLED ME AFTER CHURCH ONE NIGHT AND TOLD ME HE SAW HIM IN THE CORNFIELD AND I FIGURED HE WAS BEDDED IN THE CUTOVER WHICH IS ABOUT 300 YARDS AWAY.

longspur66 has not filled this section yet.