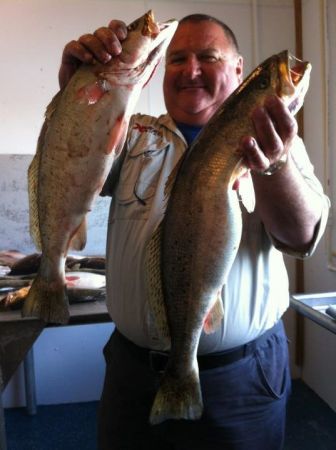 Another awesome day in Dularge today, every time we say it can't get better it does!!
Pulled away from the Reel Inn at daylight with ole buddy David Basso, his granddaughter Analiese and Capt Dan Wiemer on board. First stop found the trout waiting, slow and steady bite put 53 trout in the K2. We made a shot move and found them biting every cast! Power Pole down and wasn't long before number 100 hit the ice. It happened so fast no one was ready to stop fishing so we did some catch and release for a while. With only 100% chance of rain we still beat the rain!
Matrix Shrimp Creole and Green Hornet under cork and tight lined all worked even though Analiese out caught all of us with Shrimp Creole under a cork. She will have sore arms tonight!
In Dularge, Louisiana we don't shut down for winter, non stop trout catching! 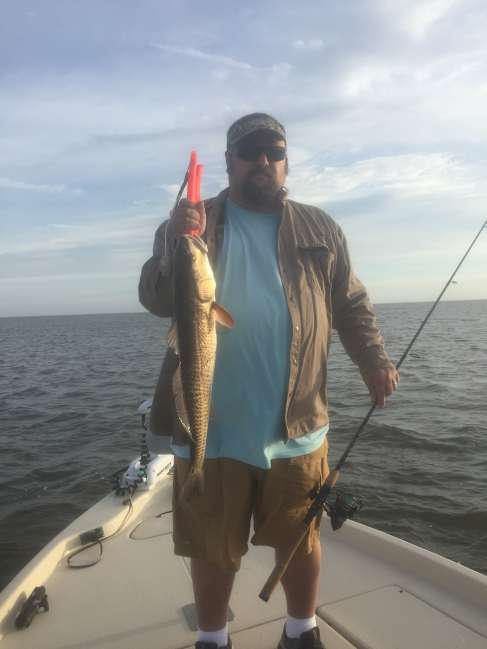 So proud of my crew today for not giving up! Pulled away from the Reel Inn this morning with Brad Denson and his buddies Jeff and Peter on board with winds already blowing 15-20 mph knowing it would be tough. I realized at the first stop I needed to throw my plan out and start over. We tried hiding from the wind but, with the warmer water tempts the trout backed out of the marsh se we had to work the lake in the wind. Amazingly we found birds diving in the white capd but not many keeper trout under the birds. Kept fighting the wind and moving till we found bigger trout and fished hard and ended up with a good catch in ant condition much less windy conditions! This is the first time I ever seen the bite get better as the conditions got worst?
With 50 trout, 2 reds and a drum in the K2 we had enough and headed in. Matrix Shrimp Creole under the new Matrux cork did it all today. Can't thank my crew enough today for fishing as hard as they did!

Capt Elton Rodrigue
Catchdat.com
225-715-2105
Back to TopBack To Top
- See more at: http://www.louisianasportsman.com/lpca/index.php?section=reports&event=view&action=full_report&id=193470#sthash.52LaO9WT.dpuf 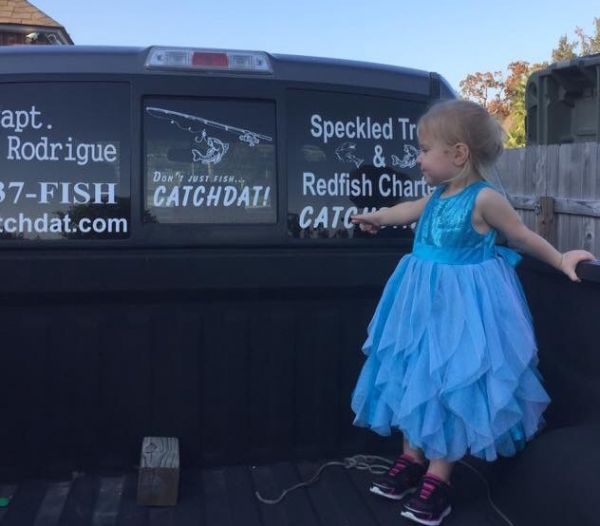 Jade is doing her best to announce the next step for Catchdat Charters. Lol

As some of you know up until now I have been rotating between working In Africa for a month and fishing in Dularge for a month. Well, that is changing when I get home from my last trip November 4th! I will now be available to guide full time and stop disappearing for a month. No more starting over every other month. Lol

With that said that doubles the available dates open for booking so jump on it and get you one! Some of the best fishing of the year in Dularge the next couple months and with the holidays plenty of days without school to take kids fishing! No running in the gulf this time of year, all inshore short boat rides with plenty action, perfect time to get kids involved in fishing?

Message me here or email to get your date on the calendar and after November 3rd 225-715-2105 will no longer be turned off for at a time! I appreciate all the support it took to move to this next level, now let's get out there!!

Another Catchdat Thanks Giving Morning!!

Terry seems to have a tradition of a quick limit every Thanks Giving morning, I just received his report and the tradition continues.
Terry and Mr. Robin took off in the Gator Tail rig this morning and busted 50 trout by 7 am! They played catch and release with another 30 or 40 and left them biting. Man, do I wish I was there!
His report just said trout were everywhere. Matrix Shad and old school Sparkle Beatle caught them. The trout were totally stupid and color didn't matter, Terry fished under a cork and Robin was swimming his so that didn't matter either! It's hat time of year in Bayou Dularge, La., the trout in and ain't going no where any time soon!
Terry is usually better about sending pictures with his report, he is slipping.
We have open dates in December, get you one!

Catchdat wishes you and your family a Happy Thanksgiving 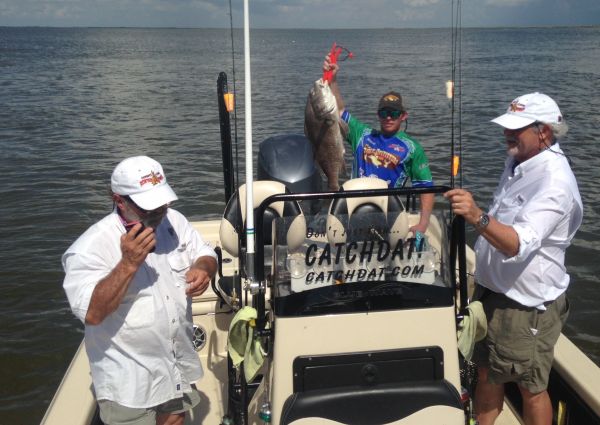 It was another fun Cowboys and Cajuns Redfish Rodeo in Bayou Dularge, La. great weather this year! The hardest thing was the trout are in and hungry but it wasn't a trout rodeo, it's hard to pass up trout that you know are biting! The Reds and big nasty drum are fun also. No winning slot redfish on my boat but, our cowboy, Steve caught a 42' bull red! It took him a lot longer than 8 seconds though! And congratulation to Capt Marty and his team on winning the redfish category again this year!

Now, let's get back on the trout! The trout are on the inside and hungry, who's ready to get after them? Don't worry we can still also get you some reds. I have Thursday and Friday this week open, LETS GO!!

Terry got a late start Easter morning pulling out of Jug's on the 'Catch Dat Too!' with Buddy, Robin and GMC Man on board. Sense it was tough Saturday for everyone on the inside he decided to do some checking to the south, yea, we all know it's probably too early but, someone has to be the first to find them? They started in the Junop and Pelican Pass area and ran the coast eastward, nothing. Even hit the Pickets, a couple platforms and the island, nothing. well that killed most of the morning and they headed to Lake Mechant. They didn't find fish piled up anywhere but, picked a few up at each stop. They ended up mostly drifting the reefs trying tight line, under a cork and tight lined double rigs. Strange but, even though they were not catching doubles, the double rigs produced most of the fish. They shut it down early with 43 trout cause the jambalaya pot was calling them!
Double rigged Cocodrie Cocahoes, Coco Pepper worked the best. Artificial shrimp caught hard heads. 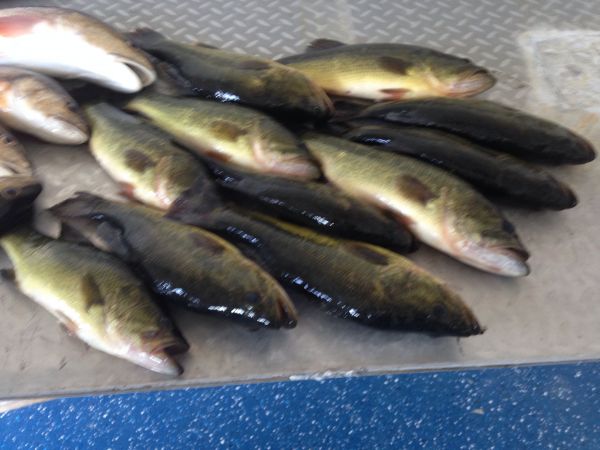 South Louisiana marshes and lake are absolutely loaded with Speckled Trout now! We are fishing Cocodrie/Dularge area south of Houma. In September we did very well with reds and bass in the marsh and some trout. Right now in October it's early limits of trout on most days with plenty time left for reds and bass. Plenty trout everywhere from the lakes to deep in the marsh ! It's hard to believe it but, it will get even better in November!

We are now booking for November, we can handle any size group from one person to a large group requiring several boats. We can get you set up with the finest lodging around. We included all the tackle needed or you can bring your own. Live bait? Never needed! Give us a try, I promise you will not regret it! The fishing in November is always the best and from what we are seeing now, this year will be better than ever!

How to de-bone a flounder Catch dat style.

Oil field trash in Africa for 28 days, then fishing in South Louisiana for 28 days. Minus travel time of course