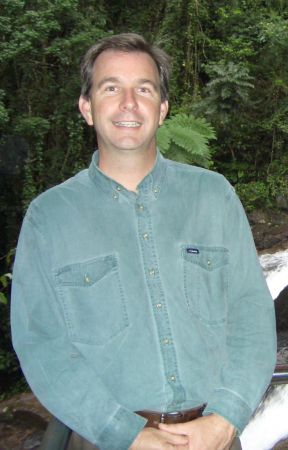 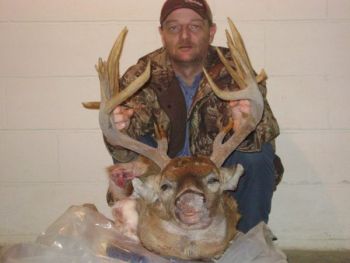 On the final day of deer season Michael Goins shook off a month-long illness and harvested a 166-inch buck. To read the whole story on NorthCarolinaSportsman.com click here: 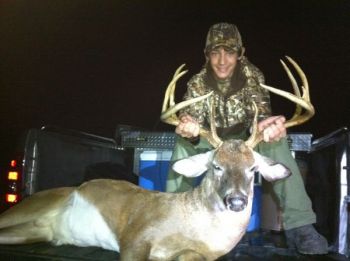 The final day of deer season yielded this buck with a wide rack for a youth hunter. To read about the hunt on SouthCarolinaSportsman.com click here: 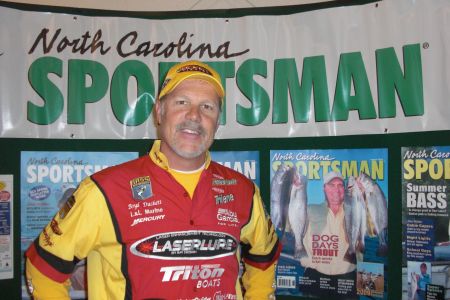 The 2007 Bassmaster Classic Champion stopped by the Sportsman booth at a recent trade show after teaching a seminar on fishing tactics and he speaks about the upcoming tournament trail.

To see the video use this link: 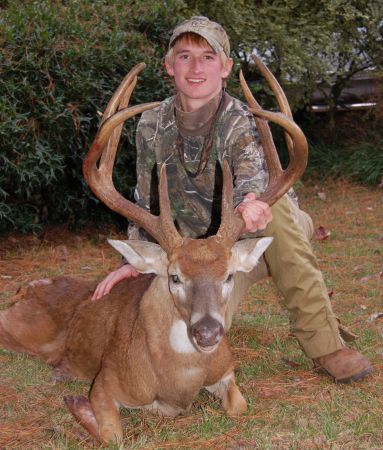 Cole Scroggs is a youth hunter from Georgia who used a borrowed shotgun to harvest a buck that is stunning both for its mass and symmetry, on a draw hunt in South Carolina. 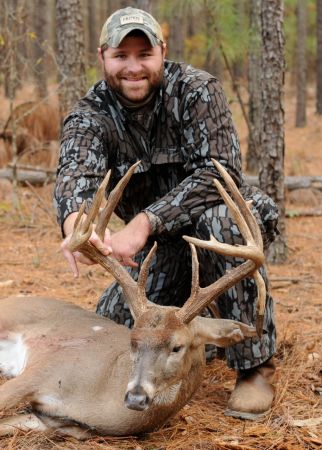 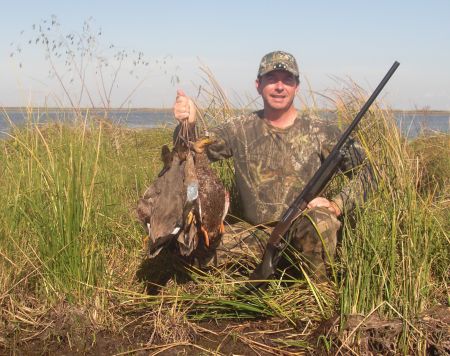 With near record warm temperatures draped across Southern Louisiana, a Thermacell was a necessity in the duck blind. But the gadwall (or grey ducks) were around in good numbers and daily limits are there for the taking. Mixed in to the bag was a token mallard, black duck, ringneck, shoveler, blue-winged teal and green-winged teal. Lots of water hyacinth and duck potato around right now, and water levels are decent. The best shooting should be yet to come. 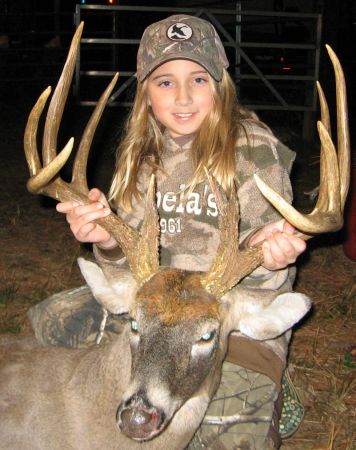 The seven-year old was hunting with her father on Nov. 13, the opener for gun season in Alamance County, N.C. when she took this big buck. To read the story on NorthCarolinaSportsman.com click this link. http://www.northcarolinasportsman.com/details.php?id=1628 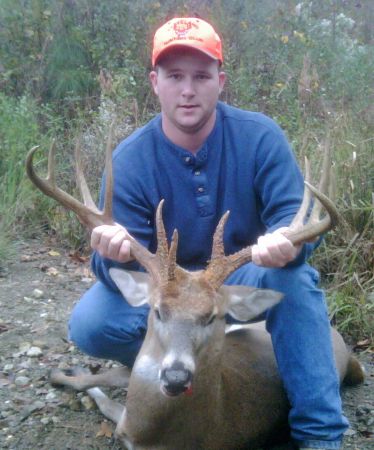 Matthew Lee of East Central North Carolina used heavy equipment, namely a bulldozer, to open some shooting lanes in a clearcut he planned to hunt. Fast forward to gun season and the volunteer fireman made his brush busting efforts pay off. To read the hunt story on NorthCarolinaSportsman.com use this link. http://www.northcarolinasportsman.com/details.php?id=1626

Gotta love it when a plan comes together! Keep up the good reports!

April 05, 2011 at 9:41am
A comment titled: whipasnapa in response to a report titled: Extreme Tug of War with Red Snapper, AmberJack, King Mackerel and more.

Great report guys! Glad the Wisconsonians got out on the saltwater and took a break from the ice fishing!! LOL

April 05, 2011 at 9:39am
A comment titled: Glad to have you in response to a report titled: Online columnist

We are glad to have as part of the Sportsman Team.
I don't video hunts, but I understand what you are saying that sometimes a video would be a great way to convey to others what actually happens out there in the woods.
Those true Sportsman moments can be so fleeting!

That is one stud of a buck

January 20, 2011 at 1:29pm
A comment titled: genetics in response to a report titled: Video on pending state record buck

January 04, 2011 at 5:55am
A comment titled: absentee landowner in response to a report titled: TRESPASSING

This is always going to be a tough position for an absentee landowner to be in. I'd suggest make friends with a neighbor and make him something akin to caretaker in order to keep an eye out for your interests.

January 03, 2011 at 11:40am
A comment titled: Good Luck Hunting in response to a report titled: Suttgart here I come

Good Luck down in Arkansas Andy!

I'm guessing if you can shoot straight, we'll be reading a report about a few curly-tailed ducks that came to visit.

I'm a Charleston native and a good Southerner.