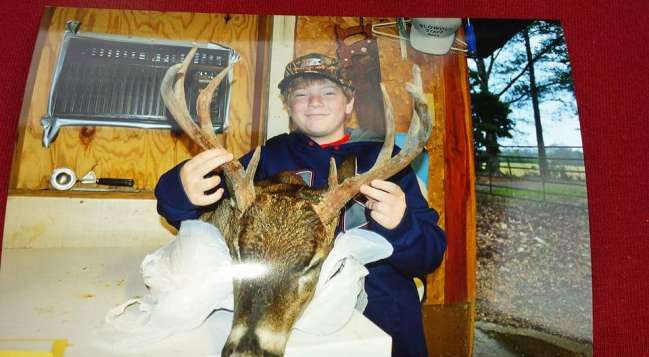 2 days before his 11th birthday my grandson Cooper Berghman kill his biggest buck yet. Under my supervision Cooper started shooting with a BB gun at 3, by 4 he was shooting a 22 and following to the deer stand. He kill his first doe at age 5, since his birthday is on 12/23 it hard to keep his age clear on some kills. Through his short hunting life he has kill 2 does, 1 4 point buck, 4 bobcats, several squirrels, few ducks and 1 cayote. He living on the West Bank of New Orleans so his Popa that lives there takes him fishing regularly, he know all the different salt and fresh water fish even at his young age.
The best Christmas present a paw-paw could ever be given was the year Cooper was born on 12/23/2006, then this year 2 days before his birthday he gave me his own present by killing this big 8 point buck. He dropped him in his tracks.....we both cried after the kill then the next day because this little 11 year old had made a dream come true for himself, his paw-paw and all his family. He was always taught that we eat what we kill except the varmints and they are kill to save our wildlife food source. And in his words he says, 'Paw-paw, I got food for our family'.
Reply