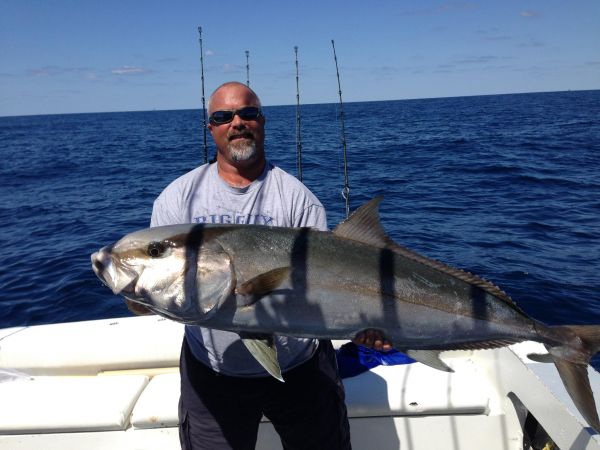 www.seacreaturecharters.com
Louisiana offshore rig fishing with Capt. Clark Trosclair has been great this season. Clark has been catching some nice amberjack and mangrove snapper. To book your fishing trip call Angie at 985-563-2531 or visit our website.
Reply

Mike Guerin, Mississippi Sportsman Field Reporter
.
Wow that sure is a lot of endangered red snapper right there. NMFS its so infuriating.
Reply

Capt. Clark - SeaCreatureCharters.com 985-563-2531
red snapper
Our customers have been very disappointed that they cannot keep any of the red snapper.
Reply

Mike Guerin, Mississippi Sportsman Field Reporter
NMFS criminals in my mind
Yeah it is ridiculous. They have an agenda and nothing will deter them. So far they even have refused to follow the law. A couple of laws made specifically to address their problems. But they just ignore the law and this administration apparently backs them 100%.

I was really disappointed that even though the recommendation was put to them to rescind 30B they decide to keep it.

For those that don't know what this does is force Charter Capt. to follow Federal regulations even when the capts. aren't even fishing in waters managed by the federal gov't. In other words the federal gov't is once again over stepping it bounds by partially controlling fishing in areas they are not suppose to have ANY jurisdiction!
Reply