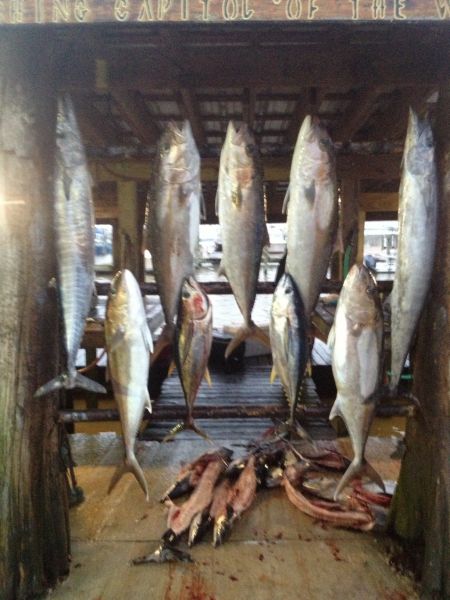 After canceling all week we finally had a window to make it out. Our crew was eager and so were we. We didn't take long to hook up. Our first bite almost spooled us. What a way to start. We didn't manage to land that one but after a few more passes had a good wahoo in the boat. We moved on after a while and then tripled up on yellowfin. Landed two of the three tuna. Then no others. Moved once again we doubled up landing one of the two. Another wahoo in the boat. Then all of a sudden we had some boat trouble. We then managed an easier than normal limit of nice amberjack and headed for the house. Unfortunately we cut it a bit short leaving some room for more fish. Momma said there would be days like that. All in all we had a good day that seemed like it could have been great. We did get in safe and had plenty fish so we had plenty to be thankful for.