They are almost ready to light up!

Well, last Sunday's weather was incredible! So my podnah and I decided to head on out. He had not run his boat in a couple of months so we decided that he could 'chauffeur' this time around. We were to meet another buddy of mine and his crew out on the water since they launch from a different location.
It was not meant to be. 3 1/2 miles out of Pass Harbor he lost his lower unit. We raised my buddy on the VHF and let them know. They were going to come get us but we told them to go on out and let their young'uns fish for a bit. We had the bilge working fine, we were anchored up solidly, and had plenty to eat and drink. They said that they would continue to monitor the radio and wouldn't be too long.
Once we all made it back to the harbor I decided that I was going fishing! So I told all of them that I was taking Monday off and if anyone wanted to join me that they were more than welcome. 3 of us showed the next morning, and off to Chandeleur we go. Man, it was a beautiful morning! We got out there and started out in a pond, but nothing was biting of the legal size variety so we moved out onto the grassbeds. It was slow as the Trout are still in transition, but we boated a few NICE Specks before the wind drove us away.
They all wanted plastics about 3ft under a rattling cork. The color didn't seem to matter the three of us were all using something different and we ended up about even on the numbers. They were decently sized and F-A-T!
I have to go on travel for work here soon, but when I get back........

On a different note; Jason, where are ya man? I haven't heard from you since your post on your first trip of the year. In a month Bro, you and I are heading south! You're gonna love it out there. Keep in touch.

Tight Lines and Safe boating to all.......
Reply 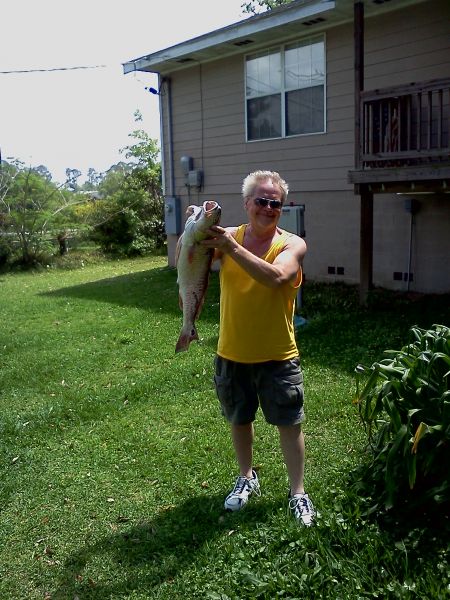