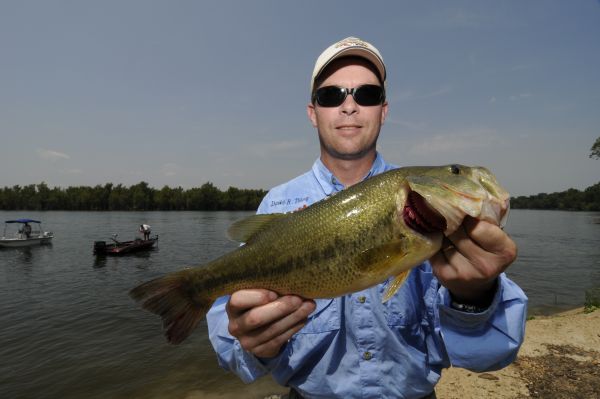 My wife and I spent a couple hours at Lake Chotard yesterday afternoon with Paul Powers (aka 'Brown Egg' here on the site), his father-in-law Ronnie McGowan and all the rest of the folks who turned out for the Area 10 Special Olympics benefit tournament on Chotard.

It was smoking hot, but we had a ball! There were so many people at Lake Chotard Resort that we had trouble finding a place to park, and everyone was just super great folks.

Fishing was tougher than most hoped, but there were plenty of fish brought to the scales during the hourly event.

I'll be putting together a story and a vid about the tournament for posting in the next couple of days, so be on the lookout for it.

I just wanted to say a big 'thank you' to Egg, Ronie, all the Grand Gulf Bass Club members, Sandy Hearn and Pauline Vassell for making us feel so welcome.

My wife, who had never before even been to a bass tournament, was raving about how much fun she had.

You guys are the best, and I can't wait until next year.
Reply