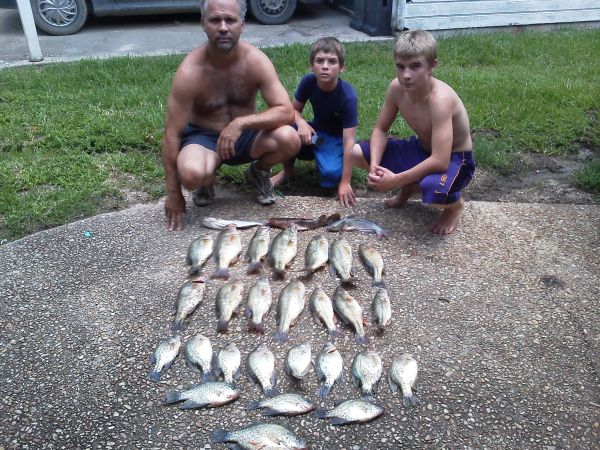 Went fishing with my brother and his two youngest yesterday. Had a blast. Water levels are right and everyone know the crappie have been tearing it up right. So we made a trip. I haven't fished there in a decade or more.

But anyway we knew the fish should be biting and sure enough they were. Caught a bunch of fish bass, bream, crappie, catfish, bowfin and no gars, woohoo!

I caught one Sacalait on a spinnerbait but most were caught on shiners. Probably could have loaded the boat on them as we only had a few shiners and stopped fishing for crappie when the last shiner was gone.
Reply